continued from- The twist of life….

With a thought to correct the situation, she hurriedly ran towards the car park to find Ben because she did not want him to reflect more on the situation that never existed. She saw Ben at the door of his car looking in the void.
Running towards him with that letter, and trying to gather her scattered emotions she said, ‘Ben…I know nothing about this!’
He took that letter and tore it to pieces; giving her a passionate and intense look announced, ‘I know you, and I love you.’ 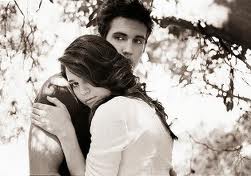 Angela forgot all the mental stress which had numbed her a little ago. Now she was in a complete bliss!
Ben hugged her and stared at falling bits of the letter. He said to himself, ‘sorry Angela, I had to do this…after all I’m a human!’

P.S.   Ideologically this idea seems invalid, but in today’s world just for its survival love needs the support of such absurdities.

View all posts by Sheela

5 thoughts on “Out of oblivion…end of the twist”

My blog is my window to the world from where I meet the lovely people like you. You have always been my friend, mentor and a guide because there is something special in you. Cancel reply

One Step at a Time

Bringing language research into the classroom

thoughts on education by Grant Wiggins

Classroom ideas, thoughts and reflections of my journey in ELT

My quest to do or learn something NEW as often as I can!

Thoughts , Organizations and More... from Jayanta

A great experience journey over the years

Indie music blog. Their music, our words, in perfect harmony.

A Walk into the Woods

Life and its oddities, some funny and some not so funny right here!!!

Scripting the story of life

Through My Window Sill

Reflections on everyday life in India and elsewhere

A bucket list blog: exploring happiness, growth, and the world.

Blogster
Find Me A Break | Travel Blog in Dubai

Where travel, food and entertainment intersect

A Good Blog is Hard to Find

A Great Place To Be In

a day in the life of my sketchbook...